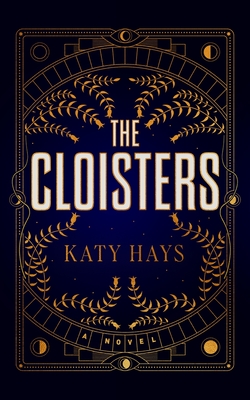 “An atmospheric masterpiece! Ann Stillwell becomes increasingly obsessed with the occult after discovering a hidden 15th-century deck of tarot cards at The Cloisters. Hays creates a world so sinister that it is a character in itself.”
— Sharon Davis, Book Bound Bookstore, Blairsville, GA

Captivating in every sense of the word. --Sarah Pearse, New York Times bestselling authorGrabbed me in a way that no book has done since The Secret History. --Rachel Kapelke-Dale, author of The BallerinasIn this sinister, jaw-dropping (Sarah Penner, author of The Lost Apothecary) debut novel, a circle of researchers uncover a mysterious deck of tarot cards and shocking secrets in New York's famed Met Cloisters.When Ann Stilwell arrives in New York City, she expects to spend her summer working as a curatorial associate at the Metropolitan Museum of Art. Instead, she finds herself assigned to The Cloisters, a gothic museum and garden renowned for its medieval art collection and its group of enigmatic researchers studying the history of divination.Desperate to escape her painful past, Ann is happy to indulge the researchers' more outlandish theories about the history of fortune telling. But what begins as academic curiosity quickly turns into obsession when Ann discovers a hidden 15th-century deck of tarot cards that might hold the key to predicting the future. When the dangerous game of power, seduction, and ambition at The Cloisters turns deadly, Ann becomes locked in a race for answers as the line between the arcane and the modern blurs.A haunting and magical blend of genres, The Cloisters is a gripping debut that will keep you on the edge of your seat.

This feature require that you enable JavaScript in your browser.
END_OF_DOCUMENT_TOKEN_TO_BE_REPLACED

This feature require that you enable JavaScript in your browser.
END_OF_DOCUMENT_TOKEN_TO_BE_REPLACED

This feature require that you enable JavaScript in your browser.
END_OF_DOCUMENT_TOKEN_TO_BE_REPLACED