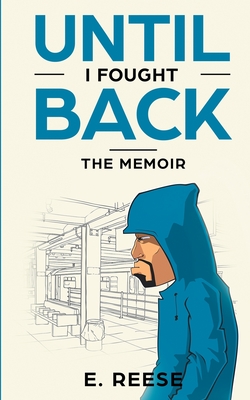 My name is E and I had an interrupted childhood. Read further at risk.

In my inner city life story, I reveal my struggles in the first-person narrative unscripted. I don't care about being politically or intellectually correct. This was written for those young men who need guidance. I narrate issues such as the role of stepparenting, bullying, urban peer pressure, and inner-city strife. In the 1980s, African Americans were on the brink of nothingness and I was part of that trend.

In the 90s, I adopted a more delinquent approach which labeled me a hoodlum that would never make it to his 21st birthday. This is the typical stereotype for a young black adult in adolescence, unfortunately. In retrospect, he's just trying to find his/her place in society. The influences of negativity are stronger in the hood than anyplace else. That's why I found hustling as the only way while in university and it paid off.

The cold streets of Philly don't take prisoners. I almost lost my life many times in the game. Fortuitously, it was God's grace that has allowed me to share my story.

If you are looking for a no-holds-barred boyhood autobiography of the reality of America's inner cities, this one's for you. The parent-child lessons in this book will only show you what works and what doesn't.

This feature require that you enable JavaScript in your browser.
END_OF_DOCUMENT_TOKEN_TO_BE_REPLACED

This feature require that you enable JavaScript in your browser.
END_OF_DOCUMENT_TOKEN_TO_BE_REPLACED

This feature require that you enable JavaScript in your browser.
END_OF_DOCUMENT_TOKEN_TO_BE_REPLACED