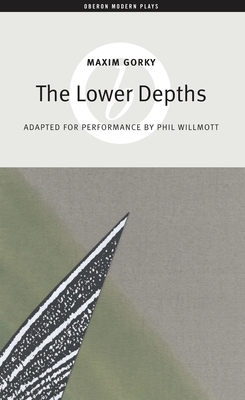 Set amongst the whores, alcoholics, cynics and doss house dreamers of a Russia on the brink of revolution, The Lower Depths is a harrowing, violent and uncompromising portrayal of the human spirit at its lowest ebb, with destitution and death an ever present spectre.

Phil Willmott is a multi-award winning director, artistic director, playwright, composer, librettist, teacher, dramaturg, arts journalist - and occasional actor. He has worked in theatre's across the world on everything from classical drama, musicals and family shows to cabaret and cutting edge new writing. The UK's most commissioned musical theatre writer, he is currently under contract to write new musicals for Bristol Old Vic, Liverpool Playhouse and a new play about the Tutankhamen legacy. He is Artistic Director of his own multi-award winning theatre company The Steam Industry (incorporating The Finborough Theatre and the West End's open-air Scoop amphitheatre on London's South Bank) and is a recipient of a TMA Award for outstanding direction of a musical, a Peter Brook Award for his out door classical productions and family shows, whatsonstage award nominations for best regional and Off West End productions, a broadway world nomination for Best Musical in the UK, a Brooks Atkinson/Royal Court award in New York for Playwriting and four Spirit of Broadway awards.

This feature require that you enable JavaScript in your browser.
END_OF_DOCUMENT_TOKEN_TO_BE_REPLACED

This feature require that you enable JavaScript in your browser.
END_OF_DOCUMENT_TOKEN_TO_BE_REPLACED

This feature require that you enable JavaScript in your browser.
END_OF_DOCUMENT_TOKEN_TO_BE_REPLACED