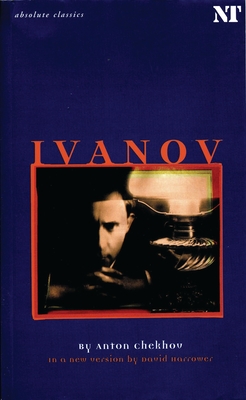 Ivanov, a driving force in local government and a visionary landowner, feels burnt out at thirty-five. Once the pioneer of scientific farming methods and of education for the peasants, he now drowns in bureaucracy and debt, his large estate neglected. While his wife is dying, Sasha, a young, educated woman, falls in love with Ivanov and determines to save him.
Set in a country suffering from political, ideological and spiritual stagnation, Chekhov's first full-length play anticipates the explosive revolutionary atmosphere of Russia at the turn of the century. Ivanov was performed at the National Theatre (Cottesloe) in September 2002.

David Harrower (born in 1966 in Edinburgh) is a Scottish playwright who (as of 2005) lives in Glasgow. Harrower's first play, Knives in Hens, which premiered at Edinburgh's Traverse Theatre in 1995, was considered a critical and popular success. It deals with a relationship triangle in a rural setting, and a woman's internal quest to find out what she wants from life. Subsequent plays include Kill the Old Torture Their Young (Traverse, 1998), which follows a disparate group of characters across an unnamed city, mixing realism with poetry and fantasy. Presence (Royal Court Theatre Upstairs, April 2001) takes another look at the Beatles' legendary residency at the Star-Club in Hamburg on the eve of their success, and Dark Earth (Traverse, August 2003) begins as a broad comedy and turns into a speculation about the meaning of history and the land. In 2005, his play Blackbird was produced by the Edinburgh International Festival, directed by Peter Stein and transferred in February 2006 to the Albery Theatre in London's West End [1]. It depicts the meeting between a young woman and a middle-aged man with whom, fifteen years earlier, at the age of 12, she had had a sexual relationship. In April 2008 the play was revived by David Grindley at the Rose Theatre, Kingston prior to a national tour [2]. In 2011, this play was produced by Rogue Machine in Los Angeles. This production won the LA Drama Critics Circle Award for Best Writing and Lead Performance by Sam Anderson. His most recent work is 365, presented at the Edinburgh International Festival in 2008, directed by Vicky Featherstone. This recounts the stories of 14 young people who have been in care are now living on their own in 'practice flats'. It was subsequently performed in London at the Lyric Theatre, Hammersmith In 2011, He presented a new version of Gogol's classic text, The Government Inspector at London's Young Vic Theatre, directed by Richard Jones, starring The Mighty Boosh's Julian Barratt and Smack the Pony's Doon Mackichan and Kyle Soller.

This feature require that you enable JavaScript in your browser.
END_OF_DOCUMENT_TOKEN_TO_BE_REPLACED

This feature require that you enable JavaScript in your browser.
END_OF_DOCUMENT_TOKEN_TO_BE_REPLACED

This feature require that you enable JavaScript in your browser.
END_OF_DOCUMENT_TOKEN_TO_BE_REPLACED