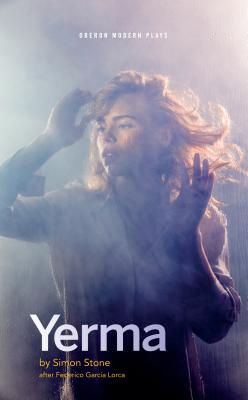 ★★★★★ "An extraordinary theatrical triumph" The Times, London A radical new version of Federico Garcia Lorca's masterpiece, set in contemporary London. Billie Piper won the Olivier award for best actress for her portrayal of a young woman driven to the unthinkable by her desperate desire to have a child. Piper repeated the role in the New York production, which played at the Park Avenue Armory in March and April 2018. Simon Stone is an award-winning Australian film and theater director, writer and actor.

Simon Stone is an Australian film and theatre director, writer and actor. In 2011 Stone became the Resident Director at Belvoir. In his first year in the role he wrote and directed The Wild Duck, after Henrik Ibsen, which won the 2011 Helpmann Award for Best Play and was staged in London at the Barbican in 2014. His reworking of Yerma at the Young Vic in 2016 was critically acclaimed and won two Oliviers: Best Actress for Billie Piper, and Best Revival.

"An extraordinary theatrical triumph" The Times ★★★★★

"A shatteringly powerful reinvention of a familiar classic" The Independent ★★★★★

END_OF_DOCUMENT_TOKEN_TO_BE_REPLACED

This feature require that you enable JavaScript in your browser.
END_OF_DOCUMENT_TOKEN_TO_BE_REPLACED

This feature require that you enable JavaScript in your browser.
END_OF_DOCUMENT_TOKEN_TO_BE_REPLACED

This feature require that you enable JavaScript in your browser.
END_OF_DOCUMENT_TOKEN_TO_BE_REPLACED