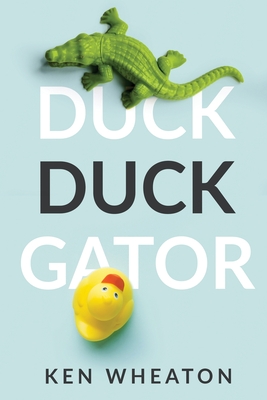 Reality is stranger than reality TV.

When Tony Battaglia wakes up after his successful heart transplant, he's expecting a new lease on life. Even after a decade of stitching together the most ridiculous footage on the most outrageous reality shows, the reality-TV editor could never have expected that his new heart was formerly owned by "Gator Guys" star Lonnie Lalonde Junior. The development puts Tony on the wrong side of the camera, involved in the plot of the show-and with a murder mystery.

The official story was that Lonnie Junior slipped and fell. But after heading south and arriving in Blackwater, Cajun Country, Tony discovers that things aren't as simple as they seem-especially after he finds a bit of cast-off footage showing someone else at the scene of the accident.

As Tony gets more and more involved with Lonnie's family and Lonnie's ex-girlfriend (and former child star) Chelsea Granger, all signs start to point to infamous rage-aholic Travis Richardson, who just happens to be a cast member of the nation's most popular Louisiana-set reality show, "Mallard Men."

After Travis is named the prime suspect, he disappears into the swamp, looking guiltier by the minute. And the town of Blackwater becomes home to a media feeding frenzy and a possible family feud between the Richardsons of "Mallard Men" and the cast of "Gator Guys."

Behind the scenes, a powerful Southern politician, Senator Ronald Birch, and scheming reality-show producer Barry Steves are pulling the strings. And reality wanna-be Brit Borders just might be involved somehow.

But Fudgeround becomes convinced he and Tony just might be looking in the wrong direction-especially after a mob heads out into the swamp to hunt down Travis Richardson and Brit ends up dead.

Knowing only that there are bigger forces at play, they set out to find the real culprit before shooting the next season-and the next victim-starts.

END_OF_DOCUMENT_TOKEN_TO_BE_REPLACED

This feature require that you enable JavaScript in your browser.
END_OF_DOCUMENT_TOKEN_TO_BE_REPLACED

This feature require that you enable JavaScript in your browser.
END_OF_DOCUMENT_TOKEN_TO_BE_REPLACED

This feature require that you enable JavaScript in your browser.
END_OF_DOCUMENT_TOKEN_TO_BE_REPLACED