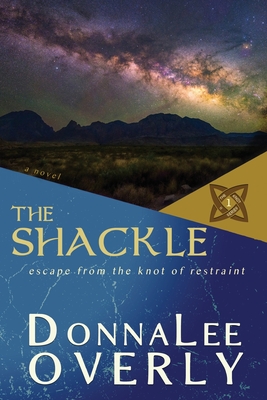 A continuation of the King family saga, The Shackle: escape from the knot of restraint, the first book in The KNOT Series II is an enjoyable stand-alone novel mixing elements of drama, suspense, and romance, against a backdrop of human trafficking.

During Stan's quest to reset his life following his stint in rehab, he becomes entangled in a dangerous web of organized crime when he accidentally stumbles on a kidnap victim, barely alive, in an isolated area of Texas. He rescues Marie but the aftermath places his family and friends, including Gabby and Brett, in jeopardy. Losing trust in the authorities, Stan teams up with his stepdad, prominent rancher Wayne King, to bring the trafficking boss to justice, giving the story a modern-day western feel.

Stan's feelings for Marie grow, as she comes to terms with her ordeal, and with therapy she discovers a surprising connection with her hero. Stan begins this journey broken in body and spirit; however, as his unique gifts and strengths are revealed, he comes into his own and shines.

This feature require that you enable JavaScript in your browser.
END_OF_DOCUMENT_TOKEN_TO_BE_REPLACED

This feature require that you enable JavaScript in your browser.
END_OF_DOCUMENT_TOKEN_TO_BE_REPLACED

This feature require that you enable JavaScript in your browser.
END_OF_DOCUMENT_TOKEN_TO_BE_REPLACED