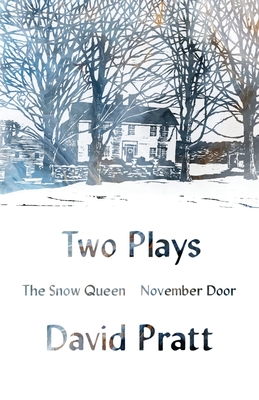 Two LGBTQ-themed plays for two actors (The Snow Queen can be expanded for more) and one simple set for each play. The Snow Queen, set in a small New England town in 1968, draws a finely detailed portrait of a boy's friendship with a lonely, ostracized woman who shows him the kindness and understanding he cannot find anywhere else. Her loneliness and her masculine bearing are never discussed, but the boy recognizes that she and he are somehow alike, and different from everyone else. In the end, barely knowing what they are doing, the boy's parents casually destroy the relationship. The sequel, November Door, takes place in the same town in the fall of 1995. The two unlikely friends from The Snow Queen reunite when the young man seeks absolution for a betrayal of his older friend some years earlier. We see what has become of both characters as they have carried their scars and thwarted desires thirty years forward. A bittersweet reunion concludes with a hard-won grace. The shows are technically simple, with one costume per actor per play and a few musical cues. The Snow Queen is suitable for audiences 12 and up, November Door for 16 and up.

This feature require that you enable JavaScript in your browser.
END_OF_DOCUMENT_TOKEN_TO_BE_REPLACED

This feature require that you enable JavaScript in your browser.
END_OF_DOCUMENT_TOKEN_TO_BE_REPLACED

This feature require that you enable JavaScript in your browser.
END_OF_DOCUMENT_TOKEN_TO_BE_REPLACED