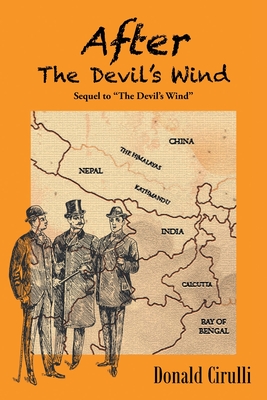 It is Christmas 1869. Nine years have passed since Jeremy Maitland's return to England-six years since his days as a sergeant in The 60th King's Royal Rifle Corps. The events of the Crimean War in Russia followed by the Sepoy Mutiny in India-a devil's wind of betrayal, murder, and horrible reprisals-are memories never to be forgotten. Jeremy is now a contented married man with a young son, and he is about to enter the world of England's Second Industrial Revolution. What he does not know is that soon he will be traveling back to the subcontinent of India with two former army comrades. They want him to join them in their search for Nana Sahib, the fugitive Maharajah of Bithoor, the treacherous killer responsible for the suffering and brutal murders of more than a thousand men, women, and children at Cawnpore, India. And, as Jeremy's two old friends remind him, there is a reward of fifty thousand pounds sterling being offered by the British government for Nana Sahib's capture.

To enjoy this book even more, it is recommended to start with The Devil's Wind.

END_OF_DOCUMENT_TOKEN_TO_BE_REPLACED

This feature require that you enable JavaScript in your browser.
END_OF_DOCUMENT_TOKEN_TO_BE_REPLACED

This feature require that you enable JavaScript in your browser.
END_OF_DOCUMENT_TOKEN_TO_BE_REPLACED

This feature require that you enable JavaScript in your browser.
END_OF_DOCUMENT_TOKEN_TO_BE_REPLACED