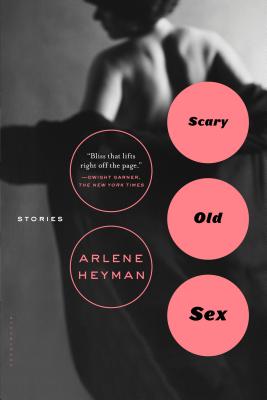 By Arlene Heyman
$16.00
Email or call for price/availability

Arlene Heyman is the author of Scary Old Sex, and a recipient of Woodrow Wilson, Fulbright, Rockefeller, and Robert Wood Johnson fellowships. She has been published in the New American Review and other journals, won Epoch magazine's novella contest, and has been listed twice in the honor rolls of The Best American Short Stories. Heyman is a psychiatrist/psychoanalyst practicing in New York City. This is her first novel.

This feature require that you enable JavaScript in your browser.
END_OF_DOCUMENT_TOKEN_TO_BE_REPLACED

This feature require that you enable JavaScript in your browser.
END_OF_DOCUMENT_TOKEN_TO_BE_REPLACED

This feature require that you enable JavaScript in your browser.
END_OF_DOCUMENT_TOKEN_TO_BE_REPLACED