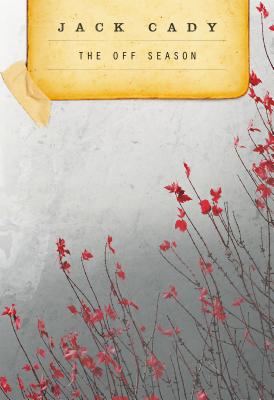 By Jack Cady
Email or call for price.
Out of Print

There is a curse on Point Vestal. Time moves differently in this sleepy Northwestern coastal town, where the ghosts of the past roam the streets as readily as the living inhabitants. It's still the late 19th century, and underneath the quaint touristy allure of the commingling of the past and present is a lurking darkness. August Starling, a decadent (and dead) crime baron, has a plan for Point Vestal because the magical nature of the town is a haven for sinners fleeing judgment for their crimes. And the only residents who can stop him are newcomers to town: a defrocked Episcopalian priest and a talking cat, who is fluent in seven languages. The Off Season is an effusive meditation on the nature of the fantastic, by a writer the Atlanta Constitution calls "a lasting voice in modern American literature." Cady, winner of both the Nebula and the World Fantasy Award, has given us "a consummate yarn, told with many digressions and anecdotes that combine with folksy humor to create a tall tale suffused with pathos and melancholy." (The Seattle Times)

Jack Cady (1932-2004) was an award-winning fantasist and horror writer. During his career he won the Nebula Award, the World Fantasy Award, and the Bram Stoker Award. He taught writing at various academic institutions, including the University of Washington and Pacific Lutheran University. He was a conscientious objector during the Korean War, a member of the U.S. Coast Guard in Maine, a truck driver, an auctioneer, a landscaper, and a fervent believer in the value of history as a tool to understanding both politics and writing.

This feature require that you enable JavaScript in your browser.
END_OF_DOCUMENT_TOKEN_TO_BE_REPLACED

This feature require that you enable JavaScript in your browser.
END_OF_DOCUMENT_TOKEN_TO_BE_REPLACED

This feature require that you enable JavaScript in your browser.
END_OF_DOCUMENT_TOKEN_TO_BE_REPLACED