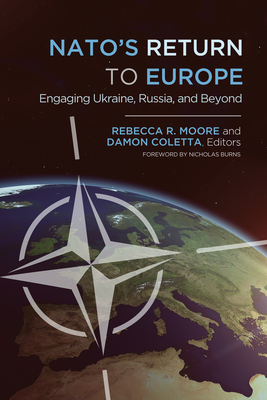 NATO's 2010 Strategic Concept officially broadened the alliance's mission beyond collective defense, reflecting a peaceful Europe and changes in alliance activities. NATO had become a facilitator of cooperative security arrangements, a crisis-manager even outside of Europe, and a liberal democratic club as much as a mutual-defense organization. However, Russia's aggressive annexation of Crimea in 2014 and its ongoing military support for Ukrainian separatists have dramatically altered the strategic environment and fundamentally called into question the liberal European security order. States bordering Russia, many of which are now NATO members, are worried, and the alliance is divided over assessments of Russia's behavior. The intent of this book is to explore the impact of Russia's new assertiveness, particularly in Ukraine, on the NATO alliance. This international group of scholars will look at a broad range of issues from a variety of perspectives in the interest of, not only explaining recent developments, but also making recommendations about critical choices confronting the NATO allies. While a renewed emphasis on collective defense is clearly a priority, the contributors to this volume also caution against an overcorrection which would make NATO too inwardly focused.

Rebecca R. Moore is a professor of political science at Concordia College. She is the author of NATO's New Mission: Projecting Stability in a Post-Cold War World and coeditor of NATO in Search of a Vision. Damon Coletta is a professor of political science at the US Air Force Academy. He coedited American Defense Policy, 8th Edition, authored Trusted Guardian: Information Sharing and the Future of the Atlantic Alliance, and is editor of the journal Space & Defense.

This feature require that you enable JavaScript in your browser.
END_OF_DOCUMENT_TOKEN_TO_BE_REPLACED

This feature require that you enable JavaScript in your browser.
END_OF_DOCUMENT_TOKEN_TO_BE_REPLACED

This feature require that you enable JavaScript in your browser.
END_OF_DOCUMENT_TOKEN_TO_BE_REPLACED