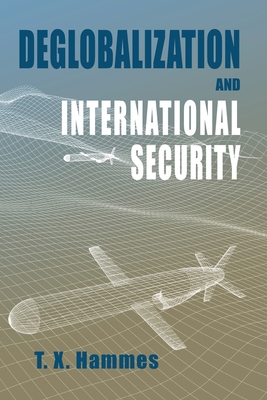 *This book is in the Rapid Communications in Conflict and Security (RCCS) Series (General Editor: Geoffrey R.H. Burn).

The fourth industrial revolution will also create a new generation of small, smart, and cheap weapons that will challenge the military dominance of the United States in every domain. These weapons will give small states and even non-state actors capabilities that used to be the preserve of major powers.

These two trends--deglobalization and the evolution of cheap, smart weapons--will fundamentally alter world economic and security orders. The return of production and services to the United States will reduce the interest of the American people in maintaining stability in the international system. Reinforcing this trend, resultant employment disruptions, the oncoming U.S. debt and budget crises will force national leaders to choose whether to allocate resources to domestic, particularly entitlement, spending or to overseas efforts. Even more important, the new generation of weapons will dramatically increase the cost in blood and treasure of U.S. military engagements.

In sum, the fourth industrial revolution will see major shifts in economic and military conditions facing the United States. Fortunately, the United States is very well positioned to exploit this opportunity to greatly improve both its economy and defense.

Deglobalization and International Security illuminates how the fourth industrial revolution will fundamentally alter global economic and security arrangements and offers options that allow U.S. leaders to exploit the fourth industrial revolution to provide economic and military security for the nation. It provides important insights for a range of fields from strategy to trade to defense.

This is an important book for those in political science, international relations, and conflict and security studies. The primary audiences for this book are academics, practitioners of the policy community, military personnel, and defense department professionals. Both the entire book and specific chapters will be suitable for undergraduate and graduate education in the national security field.

This feature require that you enable JavaScript in your browser.
END_OF_DOCUMENT_TOKEN_TO_BE_REPLACED

This feature require that you enable JavaScript in your browser.
END_OF_DOCUMENT_TOKEN_TO_BE_REPLACED

This feature require that you enable JavaScript in your browser.
END_OF_DOCUMENT_TOKEN_TO_BE_REPLACED