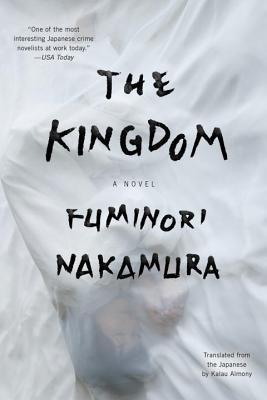 An ominous moon shines over this newest release from a master of noir fiction.  Yurika - unattached to anyone or anything- poses as a prostitute to acquire and sell compromising pictures of prominent men in Tokyo. When she runs afoul of two shadowy organizations buying her photos, she enters into a deadly dance with each in order to save her own life. Readers are drawn into desperate terrain from the very first page. As with his other award-winning novels, Nakamura presents compelling characters that endure in defiance of their essential bleak existence.

This feature require that you enable JavaScript in your browser.
END_OF_DOCUMENT_TOKEN_TO_BE_REPLACED

This feature require that you enable JavaScript in your browser.
END_OF_DOCUMENT_TOKEN_TO_BE_REPLACED

This feature require that you enable JavaScript in your browser.
END_OF_DOCUMENT_TOKEN_TO_BE_REPLACED