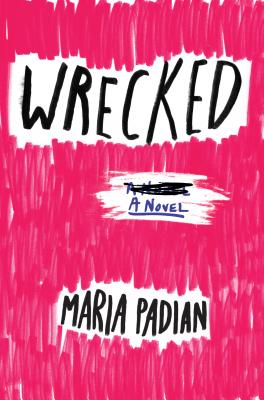 By Maria Padian
Email or call for price.
Out of Print

Everyone on campus has a different version of what happened that night.

When Jenny accuses Jordan of rape, Haley and Richard are pushed to opposite sides of the school’s investigation. Now conflicting versions of the story may make bringing the truth to light nearly impossible--especially when reputations, relationships, and whole futures are riding on the verdict.

Wrecked offers a kaleidoscopic account of a sexual assault on a college campus. It will leave you thinking about how memory, identity, and who sits in judgment shape what we all decide to believe about the truth.

“Padian excels at showing the messy aftermath of a sexual crime in a college community . . . This is a novel about truth and the damage done—to a community, to a person, and to relationships—when hard truths are hidden . . . Wrecked should be assigned to all incoming freshman, especially fraternity members. It’s not enough to have students sit through lectures about sexual assault and rape. They need to learn about it through a story where they see humans instead of statistics, and, as in Wrecked, the very real ripple effects that such a crime can have on an entire campus.”
—Portland Press Herald (Portland, Maine)

END_OF_DOCUMENT_TOKEN_TO_BE_REPLACED

This feature require that you enable JavaScript in your browser.
END_OF_DOCUMENT_TOKEN_TO_BE_REPLACED

This feature require that you enable JavaScript in your browser.
END_OF_DOCUMENT_TOKEN_TO_BE_REPLACED

This feature require that you enable JavaScript in your browser.
END_OF_DOCUMENT_TOKEN_TO_BE_REPLACED