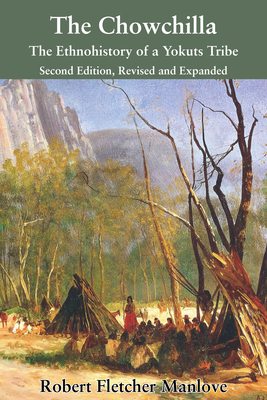 The first complete scholarly work on a historically significant, yet almost entirely undocumented, California Indian tribe, The Chowchilla traces the history of the Chowchilla from their earliest known origins to today, with detailed information on the tribe's kinship structure, social customs, and political development.

Until the Spaniards intruded on their territory, the Chowchilla Yokuts were peaceful hunter-gatherers. Outraged by Spanish oppression, the Chowchilla quickly learned the arts of war. They united the tribes of the California interior and led resistance movements against Spanish, Mexican, and American occupation. Among the California Indians, the name Chowchilla was a byword for bravery. Following the consolidation of American control of California, the Chowchilla were driven from their land, were forced to abandon their hunter-gatherer lifestyle, and sank into obscurity. The Chowchilla maintained their tribal identity by staying as out of sight as possible, sometimes not identifying themselves as Indian at all. In modern times, the Chowchilla are regaining their tribal identity and working to achieve federal recognition.

A serious contribution to American Indian history and anthropology, The Chowchilla shows the unique experiences and development of one California tribe from first contact all the way to the present, providing an invaluable reference for future scholars and for native people of other tribes as they redefine their tribes as independent political entities with traditional native values.

This expanded and revised second edition of The Chowchilla has been updated with seven years of additional research and study, shining a brighter light on the tribe's honorable and courageous fight to preserve their rights against Spanish, Mexican, and American invasions.

This feature require that you enable JavaScript in your browser.
END_OF_DOCUMENT_TOKEN_TO_BE_REPLACED

This feature require that you enable JavaScript in your browser.
END_OF_DOCUMENT_TOKEN_TO_BE_REPLACED

This feature require that you enable JavaScript in your browser.
END_OF_DOCUMENT_TOKEN_TO_BE_REPLACED