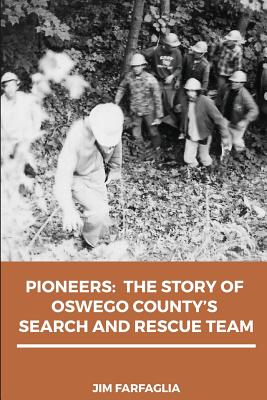 In the early 1970s, emergency services for someone who was lost were nearly nonexistent in the eastern United States. When a young boy went missing in New York State's Adirondack Mountains in 1971, a chaotic and unsuccessful attempt to find him prompted several people from Upstate New York to form a professional search and rescue team. With determination and persistence, and without any other group of its kind to advise them, the team was created. They aptly called themselves The Oswego County Pioneer Land Search and Rescue Team, and within six months, they were lending their skills to help search for lost children, hunters and troubled souls throughout their home state and beyond. Today, the team continues to offer their unique emergency services, now utilizing modern communication and search technology. Based on interviews with the Pioneers' founding and current members, as well as a review of the team's 45-year history of participation in many high-profile missing person cases, this book is the story of how the group became and continue to be the most respected search and rescue team throughout New York State.

Jim Farfaglia is a writer, teacher and life coach based in Upstate New York. In 2011, after a fulfilling career directing a children's camp and advocating for youth, Farfaglia transitioned to focusing more time on his lifelong interest in writing. Along with his poetry, which is featured in his hometown of Fulton's newspaper, the Valley News, Jim enjoys researching and writing about local history.

This feature require that you enable JavaScript in your browser.
END_OF_DOCUMENT_TOKEN_TO_BE_REPLACED

This feature require that you enable JavaScript in your browser.
END_OF_DOCUMENT_TOKEN_TO_BE_REPLACED