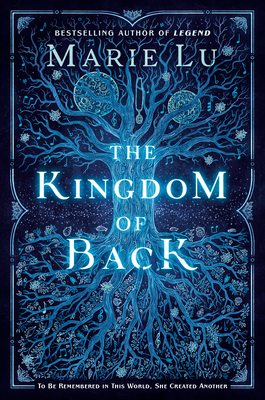 Everyone has heard of the famous composer Mozart, but did you know he had a sister that was equally as talented? Unfortunately, Wolfgang gets the spotlight while Nannerl is only allowed to perform until she reaches a marriageable age. With each passing year her hopes of being remembered by the world dim, but when a mysterious (and seemingly magical) stranger appears, she sees an opportunity that might cost her everything. With truly beautiful writing that showcases the heartwarming bond between brother and sister, this mix of historical fiction and fantasy will keep you hooked!

From #1 New York Times bestselling author Marie Lu comes a historical YA fantasy about a musical prodigy and the dangerous lengths she'll go to make history remember her. Now in paperback. Two siblings. Two brilliant talents. But only one Mozart. Born with a gift for music, Nannerl Mozart has just one wish--to be remembered forever. But even as she delights audiences with her masterful playing, she has little hope she'll ever become the acclaimed composer she longs to be. She is a young woman in 18th century Europe, and that means composing is forbidden to her. She will perform only until she reaches a marriageable age--her tyrannical father has made that much clear. And as Nannerl's hope grows dimmer with each passing year, the talents of her beloved younger brother, Wolfgang, only seem to shine brighter. His brilliance begins to eclipse her own, until one day a mysterious stranger from a magical land appears with an irresistible offer. He has the power to make her wish come true--but his help may cost her everything. In her first work of historical fiction, #1 New York Times bestselling author Marie Lu spins a lush, lyrically-told story of music, magic, and the unbreakable bond between a brother and sister.

Marie Lu is the #1 New York Times bestselling author of The Young Elites, Legend, and Warcross series. She graduated from the University of Southern California and jumped into the video game industry as an artist. Now a full-time writer, she spends her spare time reading, drawing, playing games, and getting stuck in traffic. She lives in Los Angeles with her illustrator-author husband, Primo Gallanosa, and their family.

END_OF_DOCUMENT_TOKEN_TO_BE_REPLACED

This feature require that you enable JavaScript in your browser.
END_OF_DOCUMENT_TOKEN_TO_BE_REPLACED

This feature require that you enable JavaScript in your browser.
END_OF_DOCUMENT_TOKEN_TO_BE_REPLACED

This feature require that you enable JavaScript in your browser.
END_OF_DOCUMENT_TOKEN_TO_BE_REPLACED