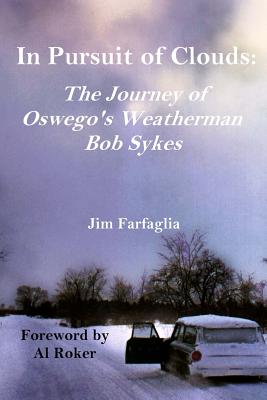 The biography of Bob Sykes, professor of meteorology at the State University College at Oswego, New York from 1961-1983. Sykes was instrumental in our current understanding of the weather phenomenon known as lake-effect snow, as well as playing an important role in forecasting the storm systems that traveled over Greenland, where he was stationed in WW II, and headed to war-torn Europe. Bob Sykes is also credited with being an important role model for many of today's meteorologists.

Jim Farfaglia is a writer, teacher and life coach based in Upstate New York. In 2011, after a fulfilling career directing a children's camp and advocating for youth, Farfaglia transitioned to focusing more time on his lifelong interest in writing. Along with his poetry, which is featured in his hometown of Fulton's newspaper, the Valley News, Jim enjoys researching and writing about local history. Visit his website at www.jimfarfaglia.com.

END_OF_DOCUMENT_TOKEN_TO_BE_REPLACED

This feature require that you enable JavaScript in your browser.
END_OF_DOCUMENT_TOKEN_TO_BE_REPLACED

This feature require that you enable JavaScript in your browser.
END_OF_DOCUMENT_TOKEN_TO_BE_REPLACED

This feature require that you enable JavaScript in your browser.
END_OF_DOCUMENT_TOKEN_TO_BE_REPLACED