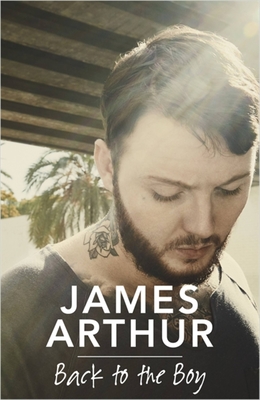 THE MOST POWERFUL AND REFRESHINGLY HONEST AUTOBIOGRAPHY OF THE YEAR. A SUNDAY TIMES BESTSELLER.

'I got very lost. I was still a lost little boy and I didn't know how to cope'

There are many things people don't know about me and maybe when they read about those things they will have an understanding of the journey I have been on and why I've made the mistakes I have.

Nothing that has happened in my adult life makes much sense if you don't know what life was like for me growing up. I have to go back to the boy, because he can tell you a lot more than I can...

In this book James shares his struggles with mental health issues which led to drug-abuse, and how he dealt with the feelings of intense pressure and loneliness that accompanied his sudden rise to fame. Back to the Boy gives an insight into the life of one of the most exciting musicians of today, and how his experiences are reflected in the blend of raw emotion and passion in his music. This is a story of hope and self-discovery to inspire those who have ever hit rock-bottom and managed to pick themselves up again.

In December 2012, Middlesbrough born James Arthur won the X Factor and his debut single Impossible became the biggest winner's song of all time. After a two year break, in 2016 James made a triumphant return with his single Say You Won't Let Go which went on to become a smash hit around the world, reaching No. 1 on the Official UK Singles Chart, No. 1 on the Radio Airplay Chart in the USA, and picking up over 1.5 billion sales and streams globally. The album Back From The Edge followed, topping the Official Albums Chart in the UK, with global sales of over 1 million. Earlier this year, James was nominated for two awards at the prestigious BRIT Awards 2017 and went on to sell out multiple tours worldwide. Back to the Boy is James' first book. For more info on James, check out www.jamesarthurofficial.com.

This feature require that you enable JavaScript in your browser.
END_OF_DOCUMENT_TOKEN_TO_BE_REPLACED

This feature require that you enable JavaScript in your browser.
END_OF_DOCUMENT_TOKEN_TO_BE_REPLACED

This feature require that you enable JavaScript in your browser.
END_OF_DOCUMENT_TOKEN_TO_BE_REPLACED