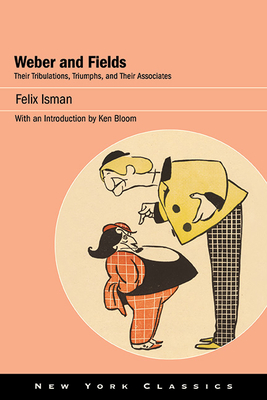 Joe Weber and Lew Fields were the dominant musical comedy team at the turn of the last century. They created classic comedic characters and routines and formed their own theatrical troupe, running a theater in New York for many years where they produced successful revues that combined music, dance, and song. So famous were they in their time that they inspired a full-length biography by a major publisher. Weber and Fields follows the duo from their childhood on New York's rough-and-tumble Lower East Side to the creation of their best-known characters, the Dutch knockabout comedians Mike and Myer, and continues with the opening of their own theater in 1896 (with landmark productions through 1904) to their reunion in 1912. This new edition brings an out-of-print classic to a new generation of theater loves. A new introduction by Ken Bloom carries the story through the rest of their careers, showing how Weber and Fields set the stage for comic duos that followed, including Mutt and Jeff of comic book fame, Laurel and Hardy, Abbott and Costello, Rowan and Martin, and countless others.

Felix Isman (1873-1943) was an art collector, real estate speculator, and theatrical producer. Ken Bloom is a director, producer, and author. His many books include Eubie Blake: Rags, Rhythm and Race (coauthored with Richard Carlin) and Show and Tell: The New Book of Broadway Anecdotes.

This feature require that you enable JavaScript in your browser.
END_OF_DOCUMENT_TOKEN_TO_BE_REPLACED

This feature require that you enable JavaScript in your browser.
END_OF_DOCUMENT_TOKEN_TO_BE_REPLACED

This feature require that you enable JavaScript in your browser.
END_OF_DOCUMENT_TOKEN_TO_BE_REPLACED