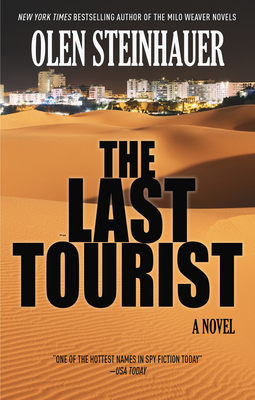 As he tells his story, Milo is joined by colleagues and enemies from his long history in the world of intelligence, and the young analyst wonders what to believe. He wonders, too, if he'll survive this encounter.

OLEN STEINHAUER, the New York Times bestselling author of eleven previous novels, including The Middleman, The Tourist, and All the Old Knives, is a two-time Edgar Award finalist. He is also the creator of TV's Berlin Station. Raised in Virginia, he lives with his family in New York and Budapest, Hungary.

END_OF_DOCUMENT_TOKEN_TO_BE_REPLACED

This feature require that you enable JavaScript in your browser.
END_OF_DOCUMENT_TOKEN_TO_BE_REPLACED

This feature require that you enable JavaScript in your browser.
END_OF_DOCUMENT_TOKEN_TO_BE_REPLACED

This feature require that you enable JavaScript in your browser.
END_OF_DOCUMENT_TOKEN_TO_BE_REPLACED