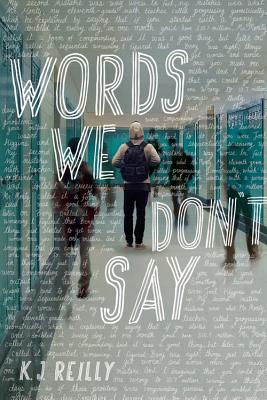 Joel Higgins has seen a thing or two and is trying to come to terms with his new life after a loss. He’s happiest when he’s volunteering at the soup kitchen with Eli on Wednesday nights; she is perfect after all. Even though he’s happy, he can’t ignore the problems he sees around him. People, mostly veterans, are hungry and homeless. Instead, he writes texts he’ll never send. They may not truly fix the world but it’s a start. Joel is thoughtful and kind and these traits guide him through a tough time while making him new friends. Reilly explores a world like our own—one with sadness but also hope and new beginnings.

Joel Higgins has 901 unsent text messages saved on his phone.Ever since the thing that happened, there are certain people he hasn't been able to talk to in person. Sure, he shows up at school, does his mandatory volunteer hours at the soup kitchen, and spends pretty much every moment thinking about Eli, the most amazing girl in the world. But that doesn't mean he’s keeping it together, or even that he has any friends.So instead of hanging out with people in real life, he drafts text messages. But he never presses send.As dismal as sophomore year was for Joel, he doesn't see how junior year will be any better. For starters, Eli doesn’t know how he feels about her, his best friend Andy’s gone, and he basically bombed the SATs. But as Joel spends more time at the soup kitchen with Eli and Benj, the new kid whose mouth seems to be unconnected to his brain, he forms bonds with the people they serve there—including a veteran they call Rooster—and begins to understand that the world is bigger than his own pain.In this dazzling, hilarious, and heartbreaking debut, Joel grapples with the aftermath of a tragic loss as he tries to make sense of the problems he’s sees all around him with the help of banned books, Winnie-the-Pooh, a field of asparagus, and many pairs of socks.

K. J. Reilly graduated from Boston University with a B.A. in psychology, then headed to New York City to work in the marketing research departments of several of the largest advertising agencies in the world. She loves reading, writing, dogs, sailboats, children of all shapes and sizes, and growing her own food. Words We Don't Say is her debut young adult novel. Learn more at kjreillyauthor.com.

"Told in fractured vignettes that slowly converge to an emotional conclusion, Joel’s story explores themes of death, mental illness, and the effects of trauma on ordinary people—all without settling on definitive answers for why good people must sometimes suffer. Every character feels flawed and real, as do their struggles to find hope amid the horrors in the world. Reilly’s book offers readers a work of profound truth that will linger long after a reader finishes the final page."

"Despite the tough topics, the resolution leaves room for hope and growth... A high-interest read for its exploration of complex topics without simple answers."

"In a debut filled with heart and wit, Reilly draws a memorable portrait of a teen struggling with big problems beyond his control...This novel traces with remarkable sensitivity how a vulnerable adolescent becomes less absorbed in his own suffering as he reaches out to others."

"Joel Higgins's voice is just as strong as Holden [Caulfield]'s, but far more contemporary and far less problematic...It made me cry on two different occasions, definitely a mark of excellence."

"Joel’s voice has a grim, ironic humor that spins from the serious to the quotidian concerns of a sophomore in high school reeling from the aftermath of personal loss... With its spirit of ethical social commitment and its exploration of the what-ifs of being left behind after the death of your important person, this will have broad appeal for teen readers."

"Many characters deal with profound grief and devastating loss, which is explored honestly and unflinchingly. All of the teen characters have distinct and authentic voices...Contemporary issues such as PTSD, homeless veterans, and banned books are woven throughout, but never in an overly obvious or preachy manner...Recommended for readers who enjoy thoughtful realistic novels that cover difficult topics."

This feature require that you enable JavaScript in your browser.
END_OF_DOCUMENT_TOKEN_TO_BE_REPLACED

This feature require that you enable JavaScript in your browser.
END_OF_DOCUMENT_TOKEN_TO_BE_REPLACED

This feature require that you enable JavaScript in your browser.
END_OF_DOCUMENT_TOKEN_TO_BE_REPLACED