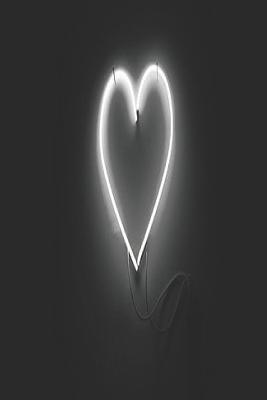 In 1890, Joseph Conrad, an officer aboard the Roi des Belges, sailed up the River Congo into the hinterland of the Congo Free State, in effect the private fiefdom of King Leopold of Belgium. Eight years later, just as details of Leopold's genocidal regime began to become public, Conrad's experiences there inspired him to write Heart of Darkness, as powerful a condemnation of imperialism as has ever been written, and still a deeply unsettling read more than a century on.The novella centres on the efforts of Marlow, Conrad's alter ego, to travel up an unnamed African river on behalf of his employer in order to bring back a rogue ivory trader, Mr Kurtz. Kurtz's reputation precedes him: "He is a prodigy... an emissary of pity and science and progress." Yet as Marlow gets closer to Kurtz, there is the growing suggestion that he has in some way become corrupted and descended into savagery.The further upstream Marlow gets, the more intense the sense of impending danger, with cryptic warnings and a bloody ambush ratcheting up the tension. When Marlow finally reaches Kurtz's camp, he discovers a scene of unimaginable depravity. The dying Kurtz is taken aboard the boat (along with a prodigious quantity of ivory), but he does not survive the journey back downstream. With Marlow present, his chilling last words are "The horror The horror "It is tempting to see Heart of Darkness as a masterfully constructed parable on human nature (witness Apocalypse Now, Francis Ford Coppola's film adaptation, in which the action was transposed to south-east Asia) but as historian Adam Hochschild has pointed out in King Leopold's Ghost, about the king's rape of the Congo, Conrad himself was quite clear that it was based on specific events he had witnessed, saying it was "experience... pushed a little (and only very little) beyond the actual facts of the case". Despite his protestations, this is undeniably an invaluable historical document offering a glimpse into the horrific human consequences of the imperial powers' scramble for Africa as much as it is a compelling tale.

END_OF_DOCUMENT_TOKEN_TO_BE_REPLACED

This feature require that you enable JavaScript in your browser.
END_OF_DOCUMENT_TOKEN_TO_BE_REPLACED

This feature require that you enable JavaScript in your browser.
END_OF_DOCUMENT_TOKEN_TO_BE_REPLACED

This feature require that you enable JavaScript in your browser.
END_OF_DOCUMENT_TOKEN_TO_BE_REPLACED