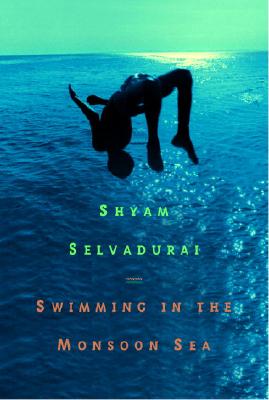 By Shyam Selvadurai
$18.95
Email or call for price


The setting is Sri Lanka, 1980, and it is the season of monsoons. Fourteen-year-old Amrith is caught up in the life of the cheerful, well-to-do household in which he is being raised by his vibrant Auntie Bundle and kindly Uncle Lucky. He tries not to think of his life “before,” when his doting mother was still alive. Amrith’s holiday plans seem unpromising: he wants to appear in his school’s production of Othello and he is learning to type at Uncle Lucky’s tropical fish business. Then, like an unexpected monsoon, his cousin arrives from Canada and Amrith’s ordered life is storm-tossed. He finds himself falling in love with the Canadian boy. Othello, with its powerful theme of disastrous jealousy, is the backdrop to the drama in which Amrith finds himself immersed.

Shyam Selvadurai’s brilliant novels, Funny Boy and Cinnamon Gardens, have garnered him international acclaim. In this, his first young adult novel, he explores first love with clarity, humor,
and compassion.

Shyam Selvadurai was born in Colombo, Sri Lanka and came to Canada with his family at the age of nineteen. "Funny Boy, " his first novel, was published to immediate acclaim in 1994, was a national bestseller, and won the W. H. Smith/Books in Canada First Novel Award. In the U.S., it was the winner of The Lambda Literary Award, and was named a Notable Book by the American Library Association. "Cinnamon Gardens, " his second novel, was shortlisted for the Trillium Award. It has been published in the U.S., the U.K., India, and numerous countries in Europe. He is the editor of "Story-wallah! A Celebration of South Asian Fiction." Shyam Selvadurai lives in Toronto.

"As lush and languid as its Sri Lanka setting...What captures readers is the way the story rolls in waves, mimicking how Amrith looks at himself, then looks away. The luxuriant language with details of architecture and verdant gardens doesn't call attention to itself, but refreshes like a breeze. Selvadurai, who wrote so gracefully for adults...now does the same for teens."
—Booklist, Starred Review

END_OF_DOCUMENT_TOKEN_TO_BE_REPLACED

This feature require that you enable JavaScript in your browser.
END_OF_DOCUMENT_TOKEN_TO_BE_REPLACED

This feature require that you enable JavaScript in your browser.
END_OF_DOCUMENT_TOKEN_TO_BE_REPLACED

This feature require that you enable JavaScript in your browser.
END_OF_DOCUMENT_TOKEN_TO_BE_REPLACED