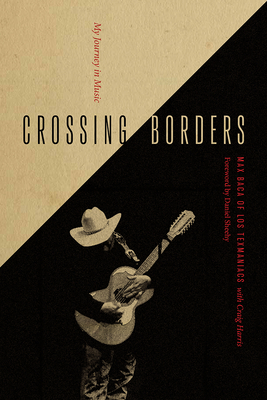 Max Baca is one of the foremost artists of Tex-Mex music, the infectious dance music sweeping through the Texas-Mexico borderlands since the 1940s. His Grammy-winning group, Los Texmaniacs, and his extensive work with the accordionist Flaco Jim nez established the Albuquerque-born and San Antonio-based bajo sexto player/bandleader as a spokesperson for a too-often-maligned culture. The list of artists who have contributed to Los Texmaniacs' albums include Alejandro Escovedo, Joe Ely, Rick Trevino, Ray Benson of Asleep at the Wheel, David Hidalgo, Cesar Rosas, Steve Berlin of Los Lobos, and Lyle Lovett.

Max Baca was born to play music. By his eighth birthday, he was already playing in his father's band. Polkas, redovas, corridos, boleros, chotises, huapangos, and waltzes are in his blood. Baca's music grew out of the harsh life of the borderland, and the duality of borderland music--its keening beauty--remains a recurring theme in everything he does.

END_OF_DOCUMENT_TOKEN_TO_BE_REPLACED

This feature require that you enable JavaScript in your browser.
END_OF_DOCUMENT_TOKEN_TO_BE_REPLACED

This feature require that you enable JavaScript in your browser.
END_OF_DOCUMENT_TOKEN_TO_BE_REPLACED

This feature require that you enable JavaScript in your browser.
END_OF_DOCUMENT_TOKEN_TO_BE_REPLACED