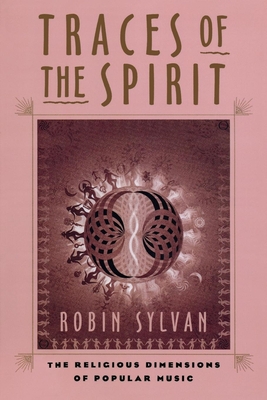 Sylvan's thesis furnishes far more of the same valued experiences than is usually realized: ritual activity, communal ceremony, a philosophy and worldview, a code for living one's life, a cultural identity, a social structure, a sense of belonging, and crucially, Sylvan argues encounters with the numinous.
--Journal of Religion
Most studies of the religious significance of popular music focus on music lyrics, offering little insight into the religious aspects of the music itself. Traces of the Spirit examines the religious dimensions of popular music subcultures, charting the influence and religious aspects of popular music in mainstream culture today and analyzing the religious significance of the audience's experiences, rituals, and worldviews. Sylvan contends that popular music subcultures serve the function of religious communities and represent a new and significant religious phenomenon.
Drawing on ethnographic fieldwork using interviews and participant observation, Sylvan examines such subcultures as the Deadheads, raves and their participants, metalheads, and Hip Hop culture. Based on these case studies, he offers a comprehensive theoretical framework in which to study music and popular culture. In addition, he traces the history of West African possession religion from Africa to the diaspora to its integration into American popular music in such genres as the blues, rock and roll, and contemporary musical youth subcultures.

Robin Sylvan is Assistant Professor of Religion and the Arts at the College of Wooster in Ohio.

This feature require that you enable JavaScript in your browser.
END_OF_DOCUMENT_TOKEN_TO_BE_REPLACED

This feature require that you enable JavaScript in your browser.
END_OF_DOCUMENT_TOKEN_TO_BE_REPLACED

This feature require that you enable JavaScript in your browser.
END_OF_DOCUMENT_TOKEN_TO_BE_REPLACED