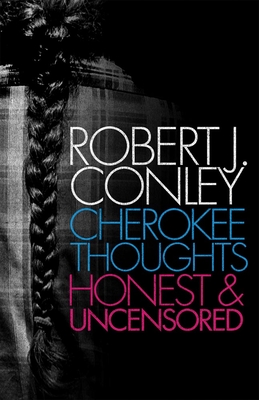 Gaming and chiefing. Imposters and freedmen. Distinguished novelist Robert J. Conley examines some of the most interesting facets of the Cherokee world. In 26 essays laced with humor, understatement, even open sarcasm, this popular writer takes on politics, culture, his people's history, and what it means to be Cherokee.

Readers who think they know Conley will find an abundance of surprises in these pages. He reveals historical information not widely known or written about, such as Cherokee Confederate general Stand Watie's involvement in the infamous Reconstruction treaty forced upon his people in 1866, and he explains his admiration for such characters as Ned Christie and Henry Starr, whom some might consider criminals. From legendary figures Dragging Canoe and Nancy Ward to popular icons like Will Rogers to contemporary "Cherokee Wannabes"--people seeking ancestral roots whether actual or fanciful--Conley traces the dogged persistence of the Cherokee people in the face of relentless incursions upon their land and culture.

"Cherokees are used to controversy," observes Conley; "in fact, they enjoy it." As provocative as it is entertaining, Cherokee Thoughts will intrigue tribal members and anyone with an interest in the Cherokee people.

This feature require that you enable JavaScript in your browser.
END_OF_DOCUMENT_TOKEN_TO_BE_REPLACED

This feature require that you enable JavaScript in your browser.
END_OF_DOCUMENT_TOKEN_TO_BE_REPLACED

This feature require that you enable JavaScript in your browser.
END_OF_DOCUMENT_TOKEN_TO_BE_REPLACED