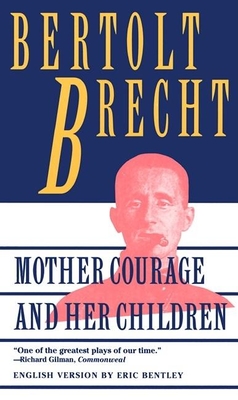 Widely considered one of the great dramatic creations of the modem stage, Mother Courage and Her Children is Bertolt Brecht's most passionate and profound statement against war. Set in the seventeenth century, the play follows Anna Fierling ("Mother Courage"), an itinerant trader, as she pulls her wagon of wares and her children through the blood and carnage of Europe's religious wars. Battered by hardships, brutality, and the degradation and death of her children, she ultimately finds herself alone with the one thing in which she truly believes--her ramshackle wagon with its tattered flag and freight of boots and brandy. Fitting herself in its harness, the old woman manages, with the last of her strength, to drag it onward to the next battle. In the enduring figure of Mother Courage, Bertolt Brecht has created one of the most extraordinary characters in literature.

END_OF_DOCUMENT_TOKEN_TO_BE_REPLACED

This feature require that you enable JavaScript in your browser.
END_OF_DOCUMENT_TOKEN_TO_BE_REPLACED

This feature require that you enable JavaScript in your browser.
END_OF_DOCUMENT_TOKEN_TO_BE_REPLACED

This feature require that you enable JavaScript in your browser.
END_OF_DOCUMENT_TOKEN_TO_BE_REPLACED