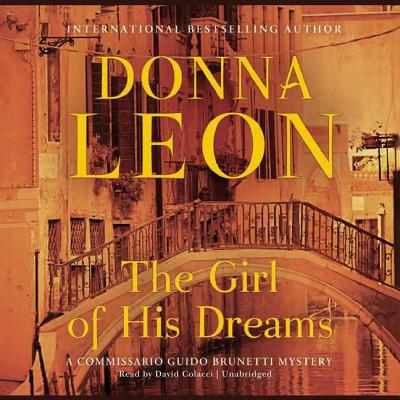 This is book number 17 in the Commissario Guido Brunetti Mysteries (Audio) series.

On a rainy morning, not long after the funeral of his mother, Commissario Brunetti and Ispettore Vianello respond to a 911 call reporting a body floating near the steps in one of Venice's side canals. Reaching down to pull it out, Brunetti's wrist is caught by the silkiness of golden hair, and he sees a small foot-together he and Vianello lift a dead girl from the water. But, inconceivably, no one has reported a missing child, nor the theft of the gold jewelry that she carries.

So Brunetti is drawn into a search not only for the cause of her death, but also for her identity, her family, and for the secrets that people will keep in order to protect their children-be they innocent or guilty. The investigation takes Brunetti from the canals and palazzos of Venice to a Gypsy encampment on the mainland, through quicksands of connections and relationships both known and concealed, as he struggles with both institutional prejudice and entrenched criminality to try to unravel the fate of the dead child.

END_OF_DOCUMENT_TOKEN_TO_BE_REPLACED

This feature require that you enable JavaScript in your browser.
END_OF_DOCUMENT_TOKEN_TO_BE_REPLACED

This feature require that you enable JavaScript in your browser.
END_OF_DOCUMENT_TOKEN_TO_BE_REPLACED

This feature require that you enable JavaScript in your browser.
END_OF_DOCUMENT_TOKEN_TO_BE_REPLACED