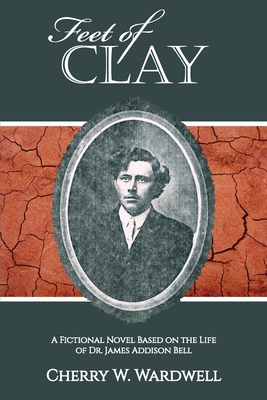 Georgia groaned through reconstruction after the Civil War. Her good men continued to be gentlemen, although they had lost the gentle lifestyle of the Old South. Dr. Jeffrey Addison Blair was a good man. Good men are not perfect. Simple goodness never produces the kind of self-righteous contempt that fills the mind of a man who is driven by a desire to achieve perfection. Addison believed in providence and lived from day to day, accepting the good with the bad. He knew suffering produced a greater good in the heart of a man. Through success and failure, love and betrayal, conflict and great personal tragedy he maintained his trust in God. Whoever met him encountered his kindness, sense of humor and deep love of family.Addison's wife, Mary Blanche Reisdale, was the first daughter of a former plantation owner. The Reisdale's spoiled her but tempered their indulgence with common sense and she was a caring and happy young woman. This was evident in her graciousness toward her sister-in-law, Tutney Blair. Addison had been Tutney's whole world and she expected Blanche to measure up to his stature and prestige as a physician, and wished to be revered for the investment she had made toward her brother's success. Addison was aware and grateful for the sacrifices his sister made for him, but was deeply troubled by her obsessive concern with his life and career. He was crushed when the mystery of her pragmatism and coldness was finally revealed. Her singlemindedness eventually led to family conflict that changed their relationship forever.

Cherry Wardwell is a Georgia native. She was born at Emory University Hospital in Atlanta, originally Wesley Memorial, where her grandfather occasionally practiced. Cherry is a self-proclaimed poet and an aspiring novelist. She presently resides in Monticello, Georgia, with her husband, Duane. Her family continues to enjoy the close relationships she experienced as a young girl growing up in the Atlanta area. Her grandfather, Dr. James Addison Bell, was a much-loved physician of rural DeKalb County in the early to mid-1900s. She developed a great affection for this man whom she never had the privilege to know, through the amazing stories so fondly told by the older members of the Bell Family. She authored this fictional work in tribute to his memory.

This feature require that you enable JavaScript in your browser.
END_OF_DOCUMENT_TOKEN_TO_BE_REPLACED

This feature require that you enable JavaScript in your browser.
END_OF_DOCUMENT_TOKEN_TO_BE_REPLACED

This feature require that you enable JavaScript in your browser.
END_OF_DOCUMENT_TOKEN_TO_BE_REPLACED