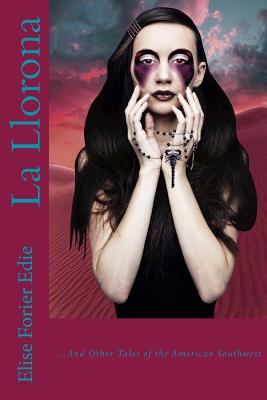 Based on a Mexican folktale, this lyrical, evocative award-winning stage play tells the story of three young women at the turn of the millennium, all of them haunted by La Llorona, "The Weeping Woman." Esme dreams of becoming a doctor, Monica searches for love among a string of feckless men and Andrea, poet and dreamer, makes a fateful choice with dire consequences.

Elise Forier Edie is a professional playwright and author. Her award-winning scripts have been produced all over the country, in New York and Los Angeles, as well as such far-flung places as Jonesboro, Arkansas, and McCall, Idaho. She is best known for her family musicals (written with composer, Tina Lear), "Cathy's Creek" (winner of the Bonderman/IUPUI Award and published by Dramatic Publishing, Inc), "Valerie and the Bear" (developed by id Theatre at Seven Devils Playwrights Conference) and "Rebel Girls" (developed at Cap 21), but she has also written scripts for adult audiences, two of which, "La Llorona" and "The Last Stand of the Comanche Rider," were selected for development at the National Playwrights Conference at the Eugene O'Neill Theatre Center. In addition to plays, Elise writes novels and short stories, and teaches writing and theatre arts.

This feature require that you enable JavaScript in your browser.
END_OF_DOCUMENT_TOKEN_TO_BE_REPLACED

This feature require that you enable JavaScript in your browser.
END_OF_DOCUMENT_TOKEN_TO_BE_REPLACED

This feature require that you enable JavaScript in your browser.
END_OF_DOCUMENT_TOKEN_TO_BE_REPLACED