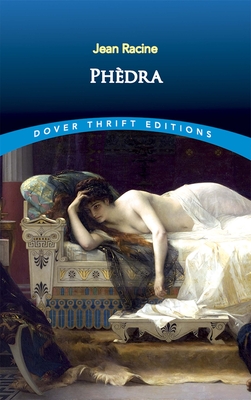 By Jean Racine
Email or call for price.
Out of Print
(This book cannot be returned.)

Based on Euripides' Hippolytus, this play by one of France's greatest playwrights is a magnificent example of character exposition. When the title character, Hippolytus' stepmother, receives false information that her husband, Theseus, is dead, Ph dra reveals a passionate love for her stepson -- an act that eventually spells doom for both characters.

Dramatist Jean Racine (1639-1699) is renowned for his mastery of French classical tragedy. Racine modeled his plays after the ancient Greek and Roman traditions, reinvigorating the classics with an emphasis on his characters' consciousness rather than their actions. His plays were enormously successful, and he retired from the theater at the height of his powers to serve as royal historiographer in the court of Louis XIV.

END_OF_DOCUMENT_TOKEN_TO_BE_REPLACED

This feature require that you enable JavaScript in your browser.
END_OF_DOCUMENT_TOKEN_TO_BE_REPLACED

This feature require that you enable JavaScript in your browser.
END_OF_DOCUMENT_TOKEN_TO_BE_REPLACED

This feature require that you enable JavaScript in your browser.
END_OF_DOCUMENT_TOKEN_TO_BE_REPLACED