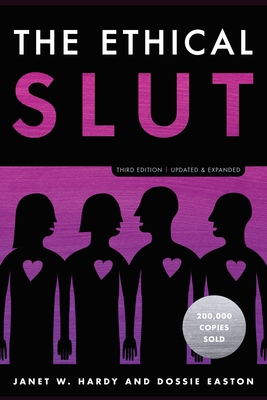 The classic guide to love, sex, and intimacy beyond the limits of conventional monogamy has been fully updated to reflect today’s modern attitudes and the latest information on nontraditional relationships.

“One of the most useful relationship books you could ever read, no matter what your lifestyle choices. It’s chock-full of great information about communication, jealousy, asking for what you want, and maintaining a relationship with integrity.”—Annie Sprinkle, PhD, sexologist and author of Dr. Sprinkle’s Spectacular Sex

For 20 years The Ethical Slut—widely known as the “Poly Bible”—has dispelled myths and showed curious readers how to maintain a successful polyamorous lifestyle through open communication, emotional honesty, and safer sex practices. The third edition of this timeless guide to the ethics of relationships, communication, and sex has been revised to include:

• Interviews with poly millennials (young people who have grown up without the prejudices their elders encountered regarding gender, orientation, sexuality, and relationships)
• Tributes to polyamory pioneers
• Tools for conflict resolution and instructions on how to improve interpersonal dynamics
• New sidebars on topics such as asexuality, sex workers, LGBTQ terminology, and ways polys can connect and thrive

The authors also include new content addressing nontraditional relationships beyond the polyamorous paradigm of “more than two”: couples who don't live together, couples who don't have sex with each other, nonparallel arrangements, couples with widely divergent sex styles, power disparities, and cross-orientation relationships, while utilizing nonbinary gender language and new terms that have come into common usage since the last edition.

Janet W. Hardy is the author of more than ten books and the founder of Greenery Press, a now defunct publisher specializing in sexually adventurous books. She has an MFA in creative writing from St. Mary's College, and swore off monogamy in 1987.

Dossie Easton is a licensed marriage and family therapist specializing in alternative sexualities and relationships, with twenty years of experience counseling open relationships. She is the author of four other books, and has been an ethical slut since 1969.

“The Ethical Slut is a classic, a book that helped launch the modern non-monogamy movement. Updating a book of such historical significance is no easy task, but The Ethical Slut, Third Edition succeeds beautifully. Where the original broke radical new ground, this edition is more nuanced, a book for a more complex age. In the third edition, we see the wide variety of forms ethical non-monogamy, and indeed human sexual relationships, can take. This new version brings a new focus on consent, talks about the many wonderful and varied ways ethical non-monogamy happens, and shows an appreciation for the vast range of human sexuality. This is The Ethical Slut for a new era, and cements the book’s place as one of the cornerstones of modern non-monogamous thought.”
—Franklin Veaux, More Than Two: A practical guide to ethical polyamory

“In the two decades since the first edition of The Ethical Slut has been published, polyamory has expanded into a practice that, if not outright mainstream, is at least much more widely accepted and understood. […] The 20th anniversary edition of The Ethical Slut, has been significantly updated and expanded from its humble debut, including sections to poly pioneers, black poly activism and yes, shifting attitudes towards polyamory within a new generation. They acknowledge that millennials reading the book today will not have been raised in the same context that Hardy and Easton were – before the sexual revolution, when saving oneself for marriage was considered the norm.”
—Anna Fitzpatrick, Rolling Stone

This feature require that you enable JavaScript in your browser.
END_OF_DOCUMENT_TOKEN_TO_BE_REPLACED

This feature require that you enable JavaScript in your browser.
END_OF_DOCUMENT_TOKEN_TO_BE_REPLACED

This feature require that you enable JavaScript in your browser.
END_OF_DOCUMENT_TOKEN_TO_BE_REPLACED