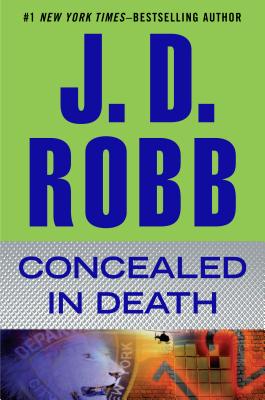 This is book number 38 in the In Death series.

Lieutenant Eve Dallas uncovers a conspiracy when she investigates the murders of some of New York City's troubled youth in this thriller in the #1 New York Times bestselling In Death series.

Leading the demolition of a long-empty New York building that once housed a makeshift shelter for troubled teenagers, Lieutenant Eve Dallas’s husband uncovers two skeletons wrapped in plastic. And by the time Eve’s done with the crime scene, there are twelve murders to be solved.

The victims are all young girls. A tattooed tough girl who dealt in illegal drugs. The runaway daughter of a pair of well-to-do doctors. They all had their stories. And they all lost their chance for a better life.

Then Eve discovers a connection between the victims and someone she knows. And she grows even more determined to reveal the secrets of the place that was called The Sanctuary—and the evil concealed in one human heart.

“The latest nail-biting installment in Robb’s long-running Eve Dallas series features the same skillfully drawn ­characters and masterful way with suspense that have ensnared readers since Naked in Death.”—Booklist

“The newest cases for dogged police Lt. Eve Dallas to solve are getting colder...There is a layer of poignancy to this tale that adds depth to this intriguing procedural. You can never go wrong with a Robb book!”—RT Book Reviews


From the Paperback edition.

This feature require that you enable JavaScript in your browser.
END_OF_DOCUMENT_TOKEN_TO_BE_REPLACED

This feature require that you enable JavaScript in your browser.
END_OF_DOCUMENT_TOKEN_TO_BE_REPLACED

This feature require that you enable JavaScript in your browser.
END_OF_DOCUMENT_TOKEN_TO_BE_REPLACED