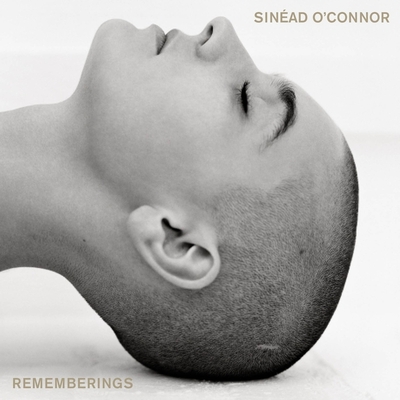 From the acclaimed, controversial singer-songwriter Sinéad O’Connor comes a revelatory memoir of her fraught childhood, musical triumphs, fearless activism, and of the enduring power of song.

Blessed with a singular voice and a fiery temperament, Sinéad O’Connor rose to massive fame in the late 1980s and 1990s with a string of gold records. By the time she was twenty, she was world famous—living a rock star life out loud. From her trademark shaved head to her 1992 appearance on Saturday Night Live when she tore up Pope John Paul II’s photograph, Sinéad has fascinated and outraged millions.

In Rememberings, O’Connor recounts her painful tale of growing up in Dublin in a dysfunctional, abusive household. Inspired by a brother’s Bob Dylan records, she escaped into music. She relates her early forays with local Irish bands; we see Sinéad completing her first album while eight months pregnant, hanging with Rastas in the East Village, and soaring to unimaginable popularity with her cover of Prince’s “Nothing Compares 2U.”

Intimate, replete with candid anecdotes and told in a singular form true to her unconventional career, Sinéad’s memoir is a remarkable chronicle of an enduring and influential artist.

SINÉAD O’CONNOR is an Irish singer-songwriter and recording artist. She rose to international fame in 1990 with her arrangement of Prince’s “Nothing Compares 2 U,” and her critically acclaimed albums have won or been nominated for five Grammys. She lives in Dublin.

SINÉAD O’CONNOR is an Irish singer-songwriter and recording artist. She rose to international fame in 1990 with her arrangement of Prince’s “Nothing Compares 2 U,” and her critically acclaimed albums have won or been nominated for five Grammys. She lives in Dublin.

"Like her recordings, Sinead O'Connor's book veers between defiance and pain. She rejoices as she remembers the first time she had her head shaved ...but several of the longer set pieces recount terrifying encounters in vivid detail. The naked and fearless emotions that made Sinead O'Connor such a riveting artist, shine through her words and self-awareness...in the end, she emerges as a survivor."
— New York Times Book Review

“Sinéad's voice on the page is as fearless, riveting and unforgettable as her voice in song. The cadence alone is hypnotic, her story essential. Rememberings is a must-read."
— Michael Stipe, lead singer of R.E.M.

“A brutally honest account of an extraordinary life.”
— Carson Daly, The Today Show

"O'Connor has had a tumultuous life: stealing, getting thrown out of school, running away, parental abuse....idiosyncratic and poignant."
— Booklist

"A self-aware confessional from a successful and controversial musician."
— Kirkus Reviews

“The idiosyncratic singer-songwriter takes readers on an emotional roller coaster in this unapologetic, soul-baring debut…This page-turner will enthrall the singer’s fans."
— Publishers Weekly

"Full of heart, humour and remarkable generosity."
— The Guardian

END_OF_DOCUMENT_TOKEN_TO_BE_REPLACED

This feature require that you enable JavaScript in your browser.
END_OF_DOCUMENT_TOKEN_TO_BE_REPLACED

This feature require that you enable JavaScript in your browser.
END_OF_DOCUMENT_TOKEN_TO_BE_REPLACED

This feature require that you enable JavaScript in your browser.
END_OF_DOCUMENT_TOKEN_TO_BE_REPLACED