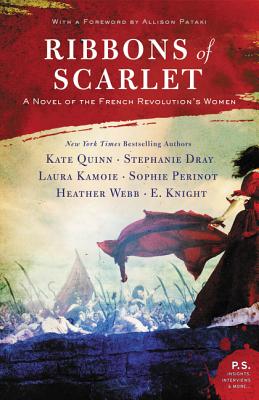 You’ve heard about the influential men of the French Revolution, but what of the women? During one of the most dramatic and intriguing periods in history, seven stories are told about the often overlooked half of eighteenth century French society. From the philosopher to the assassin, the princess or the revolutionaries, all of these key figures in history are finally having their stories told. This riveting novel provides a new perspective on the French Revolution, and by the end you will want to say liberté, égalité, sororité!

This feature require that you enable JavaScript in your browser.
END_OF_DOCUMENT_TOKEN_TO_BE_REPLACED

This feature require that you enable JavaScript in your browser.
END_OF_DOCUMENT_TOKEN_TO_BE_REPLACED

This feature require that you enable JavaScript in your browser.
END_OF_DOCUMENT_TOKEN_TO_BE_REPLACED