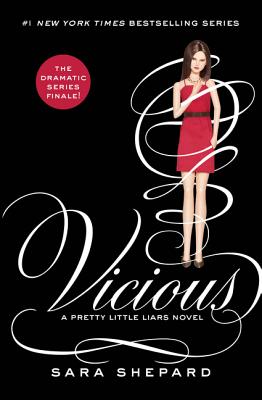 This is book number 16 in the Pretty Little Liars series.

High school seniors Aria, Emily, Hanna, and Spencer have been through a lot since their best friend, Alison DiLaurentis, disappeared five summers ago. A stalker named "A" has harassed them for their past mistakes and revealed their darkest secrets to the world. They've been on TV, hounded by the press, kicked out of school, arrested, and even put in jail. With time running out, and their lives on the line, one of the Liars does something so terrifying and shocking, fans will be left breathless.

Praise for Pretty Little Liars: “An intriguing tale full of provocative exploits and adventure…It will not disappoint the fans.”
— Voice of Youth Advocates (VOYA)

“Shepard writes a suspenseful page–turner that will have teens thirsting for more.”
— School Library Journal

END_OF_DOCUMENT_TOKEN_TO_BE_REPLACED

This feature require that you enable JavaScript in your browser.
END_OF_DOCUMENT_TOKEN_TO_BE_REPLACED

This feature require that you enable JavaScript in your browser.
END_OF_DOCUMENT_TOKEN_TO_BE_REPLACED

This feature require that you enable JavaScript in your browser.
END_OF_DOCUMENT_TOKEN_TO_BE_REPLACED