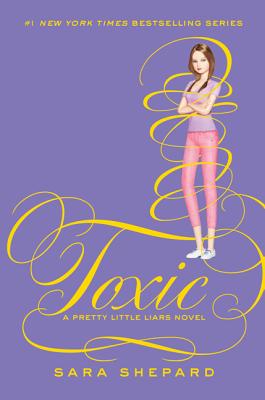 This is book number 15 in the Pretty Little Liars series.

High school seniors Aria, Emily, Spencer, and Hanna barely survived their most recent encounter with A. And it's not over yet . . . The police don't believe that the real A is still out there, but the girls know what—and who—they saw. If they don't track down this final tormentor soon, A will silence them forever.

Praise for Pretty Little Liars: “An intriguing tale full of provocative exploits and adventure…It will not disappoint the fans.”
— Voice of Youth Advocates (VOYA)

“Shepard writes a suspenseful page–turner that will have teens thirsting for more.”
— School Library Journal

END_OF_DOCUMENT_TOKEN_TO_BE_REPLACED

This feature require that you enable JavaScript in your browser.
END_OF_DOCUMENT_TOKEN_TO_BE_REPLACED

This feature require that you enable JavaScript in your browser.
END_OF_DOCUMENT_TOKEN_TO_BE_REPLACED

This feature require that you enable JavaScript in your browser.
END_OF_DOCUMENT_TOKEN_TO_BE_REPLACED