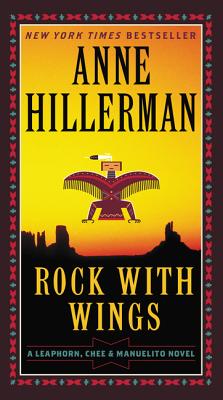 Advance Praise for Rock With Wings “With a background of tribal law and custom, Anne Hillerman ties up multiple subplots in concise prose, evoking the beauty of the desert and building suspense to a perilous climax. Tony would be proud.”
— Booklist

This feature require that you enable JavaScript in your browser.
END_OF_DOCUMENT_TOKEN_TO_BE_REPLACED

This feature require that you enable JavaScript in your browser.
END_OF_DOCUMENT_TOKEN_TO_BE_REPLACED

This feature require that you enable JavaScript in your browser.
END_OF_DOCUMENT_TOKEN_TO_BE_REPLACED