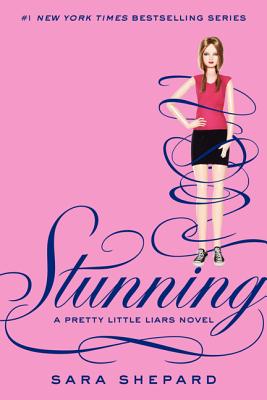 By Sara Shepard
Email or call for price.
Special Order

This is book number 11 in the Pretty Little Liars series.

Emily’s reconnecting with an old flame, one baby step at a time. But is she headed toward true love or another bundle of heartache? Spencer’s learning about the highs and lows of campus life on a trip to Princeton. Aria’s seeing a whole new side to Noel’s dad—and it could drive a wedge between her and Noel. And, for better or worse, Hanna’s getting in touch with her inner A. Secret by secret, lie by lie, the girls get tangled in A’s dangerous web. Soon A will have enough ammunition to pull the trigger and end the pretty little liars, once and for all….

Praise for the Pretty Little Liars series: “Shepard writes a suspenseful page–turner that will have teens thirsting for more.”
— School Library Journal

Praise for Pretty Little Liars: “Shepard does a fine job of writing an intriguing tale full of provocative exploits and adventure…It will not disappoint the fans.”
— Voice of Youth Advocates (VOYA)

This feature require that you enable JavaScript in your browser.
END_OF_DOCUMENT_TOKEN_TO_BE_REPLACED

This feature require that you enable JavaScript in your browser.
END_OF_DOCUMENT_TOKEN_TO_BE_REPLACED

This feature require that you enable JavaScript in your browser.
END_OF_DOCUMENT_TOKEN_TO_BE_REPLACED