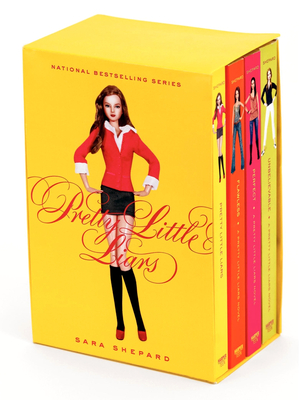 Set in ultra-trendy Rosewood, Pennsylvania, Pretty Little Liars centers around four beautiful girls who are hiding some very ugly secrets, and the one person who knows them all…and is not afraid to spill.

This feature require that you enable JavaScript in your browser.
END_OF_DOCUMENT_TOKEN_TO_BE_REPLACED

This feature require that you enable JavaScript in your browser.
END_OF_DOCUMENT_TOKEN_TO_BE_REPLACED

This feature require that you enable JavaScript in your browser.
END_OF_DOCUMENT_TOKEN_TO_BE_REPLACED