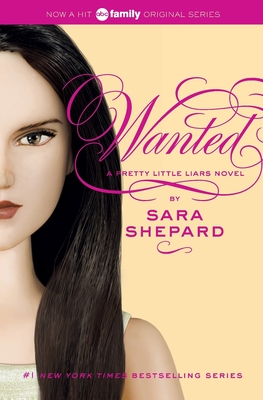 This is book number 8 in the Pretty Little Liars series.

Hanna, Aria, Spencer, and Emily have been through a lot together—childhood pranks gone horribly wrong, not one, but two stalkers—blackmailers who know all their dirty secrets, not to mention their best friend’s murder investigation. Now these pretty little liars are finally going to uncover all the answers they’ve been searching for, and they can finally put this awful chapter of their lives behind them. Or so they think.

This feature require that you enable JavaScript in your browser.
END_OF_DOCUMENT_TOKEN_TO_BE_REPLACED

This feature require that you enable JavaScript in your browser.
END_OF_DOCUMENT_TOKEN_TO_BE_REPLACED

This feature require that you enable JavaScript in your browser.
END_OF_DOCUMENT_TOKEN_TO_BE_REPLACED