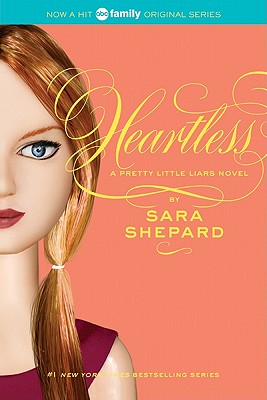 This is book number 7 in the Pretty Little Liars series.

Rosewood’s four prettiest little liars are back, but this time they swear they’re telling the truth. Hanna, Aria, Spencer, and Emily found a body in the woods, but when they take the cops back it’s vanished without a trace. And after those same woods go up in flames, the girls all see someone who looks exactly like Ali emerge—but that’s just not possible. With everyone convinced these four are simply out for attention, will anyone believe it when the real killer comes after them?

This feature require that you enable JavaScript in your browser.
END_OF_DOCUMENT_TOKEN_TO_BE_REPLACED

This feature require that you enable JavaScript in your browser.
END_OF_DOCUMENT_TOKEN_TO_BE_REPLACED

This feature require that you enable JavaScript in your browser.
END_OF_DOCUMENT_TOKEN_TO_BE_REPLACED