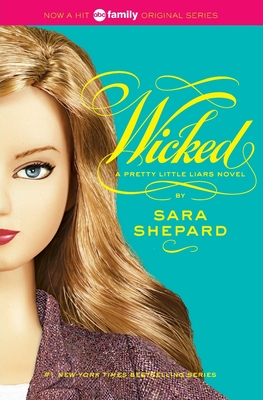 This is book number 5 in the Pretty Little Liars series.

In idyllic Rosewood, Pennsylvania, four very pretty girls just can't help but be bad. Hanna will do anything to be Rosewood's queen bee. Spencer's digging up her family's secrets. Emily can't stop thinking about her new boyfriend. And Aria approves a little too strongly of her mom's taste in men. The girls think they’re in the clear now that Ali's killer is finally behind bars. But someone new is mimicking “A’s” blackmailing ways with wicked and mysterious messages. And it’s only a matter of time before they let some secrets slip.

END_OF_DOCUMENT_TOKEN_TO_BE_REPLACED

This feature require that you enable JavaScript in your browser.
END_OF_DOCUMENT_TOKEN_TO_BE_REPLACED

This feature require that you enable JavaScript in your browser.
END_OF_DOCUMENT_TOKEN_TO_BE_REPLACED

This feature require that you enable JavaScript in your browser.
END_OF_DOCUMENT_TOKEN_TO_BE_REPLACED