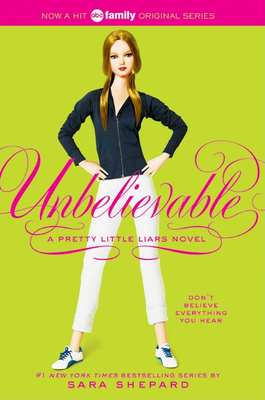 This is book number 4 in the Pretty Little Liars series.

Four pretty little liars’ charmed lives have turned into living nightmares. Emily’s been shipped off to Iowa to live with her überconservative cousins. Aria’s boyfriend is behind bars—because of her. Spencer’s afraid she was involved in Ali’s murder. But Hanna’s fate is far worse: She’s clinging to life in the hospital because she knew too much. These liars have tried to keep their scandals secret, but the truth is about to rock their pretty little world!

This feature require that you enable JavaScript in your browser.
END_OF_DOCUMENT_TOKEN_TO_BE_REPLACED

This feature require that you enable JavaScript in your browser.
END_OF_DOCUMENT_TOKEN_TO_BE_REPLACED

This feature require that you enable JavaScript in your browser.
END_OF_DOCUMENT_TOKEN_TO_BE_REPLACED