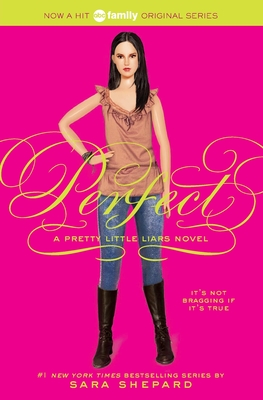 This is book number 3 in the Pretty Little Liars series.

In Rosewood, Pennsylvania, four perfect-looking girls aren’t nearly as perfect as they seem. Aria can't resist her forbidden ex. Hanna is on the verge of losing her BFF. Emily is freaking out over a simple kiss. And Spencer can’t keep her hands off anything that belongs to her sister. Although they try to keep their scandalous secrets hidden, someone named “A” has the dirt to bury them all alive…and it may be too late to outrun the truth.

END_OF_DOCUMENT_TOKEN_TO_BE_REPLACED

This feature require that you enable JavaScript in your browser.
END_OF_DOCUMENT_TOKEN_TO_BE_REPLACED

This feature require that you enable JavaScript in your browser.
END_OF_DOCUMENT_TOKEN_TO_BE_REPLACED

This feature require that you enable JavaScript in your browser.
END_OF_DOCUMENT_TOKEN_TO_BE_REPLACED